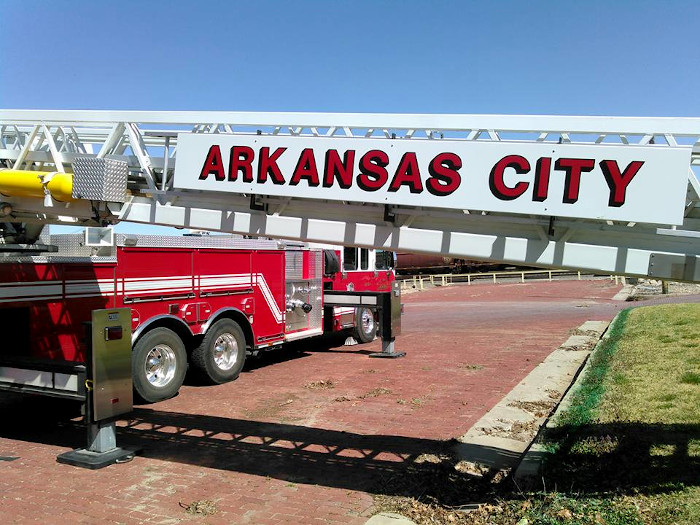 The first week of August proves to be a busy one for Arkansas City Fire/EMS, a news release from the department said Thursday.

In addition to responding to numerous medical calls and minor fire calls, the Ark City Fire/EMS has responded to three significant fire calls.

Tuesday at 1 a.m. ACFD/EMS responded to 210 W. Spruce for a reported structure fire. Crews found heavy fire showing to an apartment above a garage. The fire was under control within 20 minutes of arriving. Crews remained on scene for several hours overhauling and extinguishing hotspots.

Crews from Udall Fire and Winfield Fire were dispatched to assist, Udall was disregarded while they were en route. Losses are estimated to $6,000 and the cause is under investigation.

Wednesday  2 p.m. ACFD/EMS responded to the area of 121st and U.S. 166 for a reported hay baler, hay bale and half acre of grass on fire. Due to dry conditions the grass fire rapidly grew.

In addition to Ark City fire crews, Winfield Fire, Dexter Fire, Burden fire and Udall fire were requested to assist. The fire was under control within an hour and half of arriving and crews remained on scene for several hours extinguishing hot spots. A total of 40 acres were burned. The fire was caused from a mechanical malfunction of the baler.

On arrival, crews found a detached garage with heavy fire showing. The fire was under control within 30 minutes of arrival.

Crews remained on scene for a few hours overhauling and ensuring hot spots were extinguished. Crews from Udall and Winfield fire departments were on scene for assistance. Losses are estimated at $10,000. The cause is under investigation.