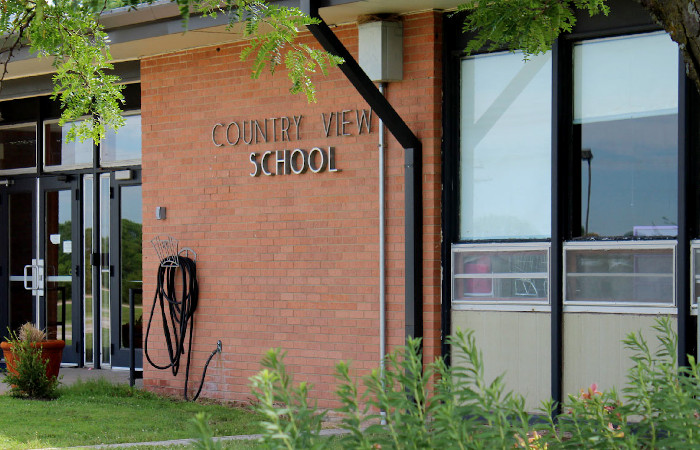 One question will ask for the go-ahead to close Country View and Lowell Elementary schools and build one larger, 450-student capacity building for a new elementary school. The proposal also would move district administration offices from the William Medley Administration Center on Wheat Road to the Lowell Elementary building. The new elementary building would be constructed at the current district office site. That proposal has a price tag of more than $40 million.

Question two asks voters for the permission to build a new football stadium and track at Winfield High School, along with new tennis courts at the TH Vaughan Complex for a total cost of $8 million.

Voters will have the option of voting for both, one or the other, or against both.

The Winfield High School football team and Southwestern College have long partnered on the use of Richard L. Jantz Stadium on SC’s campus. The stadium went through a major rehabilitation and overall in 2010 and the Winfield school district committed $1 million to the $3.8 million cost. USD 465 was paying $15,000 per year to rent the stadium, but that cost has increased drastically since then to anywhere from $100,000 to $150,000 annually, according to Winfield School Board President Ed Trimmer Thursday morning.

Trimmer, who was a guest on KSOK’s Get Up & Go Show, said increased costs from Southwestern has motivated board members to consider WHS having its own football stadium, including track and soccer.

“(School board members) were talking, well, for that, we can build a stadium and eventually we’d be money ahead,” Trimmer said. “I’m not sure how long that would take, and I’m one of those people that comes down on the side of I’d rather keep the relationship with Southwestern… but I think it’s important for Southwestern to understand we’re not deep pockets that can always just keep shelling out money.”

Trimmer said the district has been in a four-year process when it comes to addressing current infrastructure, but was interrupted by COVID. Trimmer voted for both proposals to be on the November ballot during a July 14 BOE meeting, but admitted Thursday morning it will be tough to predict what voters decide.

“I think it’s going to be a hard thing, because this is not a very good time, I think, to raise taxes,” Trimmer said. “I don’t know for sure, how it’s going to go. The reason that we’re doing it is because we’re trying to cut down the number of buildings we have to take care of.”

For example, Trimmer pointed out the H.L. Snyder Building, which houses the William Medley Administration Center and the district’s special education co-op, has issues pertaining to its heating and air conditioning system. As far as Lowell, Trimmer said it is out of expandable space if enrollment increases and is the only school in the district with independent heating and air conditioning in each room.

“If we were to add on to Lowell, we would have to take out playground space,” Trimmer said. “There’s no place to go at Lowell… it’s an older style. It’s more expensive to deal with.”

Closing Lowell as an elementary school, along with closing Country View, which is located roughly 6 miles east of Winfield, would alleviate maintenance cost, Trimmer said.

“Closing Country View then reduces two buildings to one,” he said. “And it’s a newer building so its less costly to take care of, so those are the reasons why the school district is trying to do it.”

The elementary school bond proposal also includes an added controlled entry to Irving and Whittier Elementary, along with a two-classroom addition to Irving and a cafeteria addition to Whittier. It would also add six classrooms and one multi-purpose lab addition with a storm shelter to the middle school.

Either or both proposals, if passed, would be for a 25-year bond, according to USD 465 Superintendent Nathan Reed Thursday.