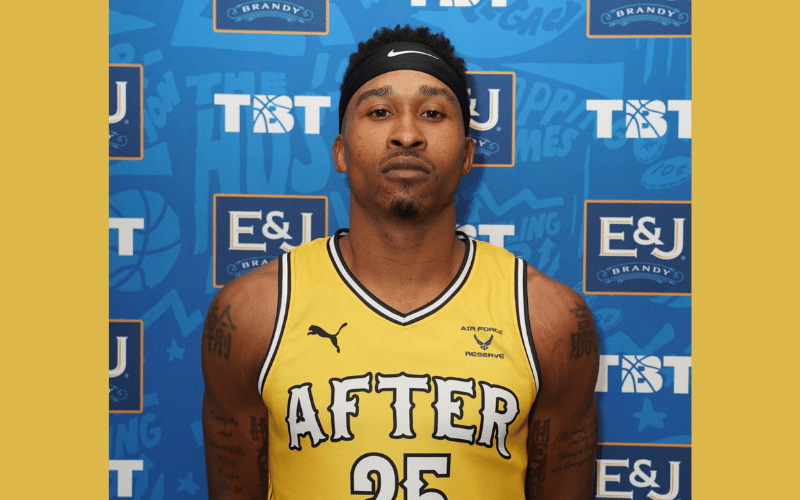 Two-time NJCAA Division I All-American, Tyrus McGee, and his After Shock teammates outlasted Bleed Green for a 70-69 win in Monday night’s Wichita TBT Regional final at Wichita State.   The AfterShocks will play host to the Gutter Cat Gang, champions of the Omaha Regional, tonight at 8 on ESPNU.

The TBT is made up of five regions, and 64 teams competing for the winner take all $1 million prize. General Admission and Upper Reserved seats have been marked down to just $10 for tonight’s game and are available online at GoShockers.com/Tickets or through the Shocker Ticket Office by calling 316-978-FANS (3267).

McGee, who was a back-to-back All-American and First-Team All-Region VI selection, and the Most Valuable Player in the Jayhawk East, helped Cowley to 46 wins and a record of 28-8 in the conference during his two years at the school.

As a sophomore, McGee led the region in three-pointers made (115) and three-point field goal percentage (.487). He averaged 20.1 points and 5.7 rebounds for the Tigers. He also shot 85.6 percent from the free-throw line and led the team with 71 steals.

The 6-foot-2 guard from Stringtown, OK, finished his Tiger career as the third leading scorer in school history (1,194 points), and his 662 points during the 2010-2011 season were the eighth most in a single season.

McGee went on to play basketball at Iowa State University, where he was named an All-Big 12 Honorable Mention selection and Big 12 Sixth Man Award winner as a senior. He averaged 13.1 points and scored in double figures 26 times to tie for the team lead. He also led the nation in 3-point percentage (46.4 %), becoming the first Cyclone to lead the nation in a statistical category.