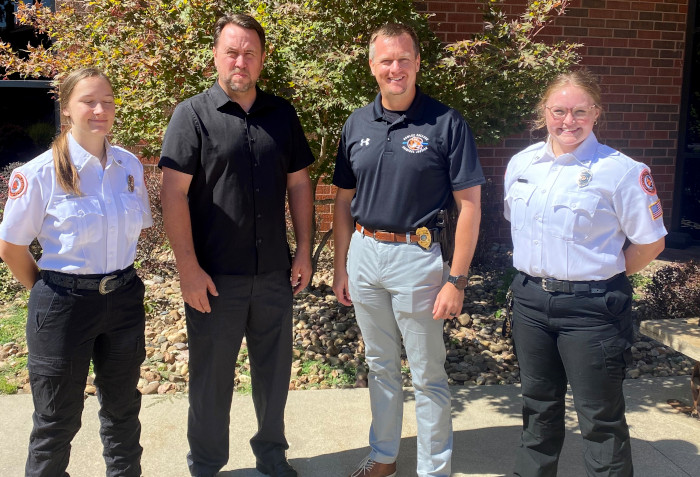 The Cowley College Criminal Justice Department has entered into a new program with the Winfield Police Department to better serve the needs of local law enforcement and help serve the community, according to a news release from the college.

The Criminal Justice Program has formed a new Needs Response Team to help law enforcment, especially in the area of mental health transfers.

“It is no secret that the last few years have been uncertain at best and that uncertainty can often lead to the rise in mental health disorders.,” the college said. “It has been widely reported that many industries and professions have seen a large increase in the demand for mental health services.

“One area directly impacted by this is area law enforcement. Not only does the call rate increase, and the need for training become even more vital, but there are other drains on local agencies.”

Cowley says one area that drain occurs is in mental health transports.

Currently, when a person has an issue and they are sent for help to one of the state’s mental health treatment facilities, it can be either a self-admission or, if whatever situation affecting the person is severe enough, they can be admitted on an involuntary basis. When the admission is involuntary the person is transported by law enforcement. This can create a problem for smaller agencies.

“First, the trip to one of these facilities can take several hours and will pull an officer from duty making them unable to respond to calls in their jurisdiction,” the news release stated. “Next, it is often wise to take two officers due to the status of the transported person as well as the driver’s need to focus.

“If an agency only has three or four officers out this cannot be handled by the shift and, officers are often called in on their off-duty hours.

“Also, the gender of the person being transported has to be considered. If they are female, a female officer or transport person needs to be on the trip. Many agencies do not have enough female officers to meet the needs as well and female officers can be overworked.”

Cowley says the Winfield Police Department reached out to the Criminal Justice Program at the college and asked if there could be assistance from the students in the student patrol program.

The problem was evaluated and ideas were discussed and eventually the WPD and Cowley College entered into an official agreement creating the Needs Response Team.

The NRT is a team of students enrolled in the student patrol program at Cowley College who volunteer to be on the team. They will be given additional training in the area of mental health awareness and are willing to operate on an on-call status. If a transport is required a member of the NRT team will be contacted and if they are available they will accompany an officer on the transport.

“This reduces the need on the department and also saves the department money. In exchange the student gets additional training and experience as well as direct contact with local officers which will potentially help them in their future careers,” Cowley said. “It is exciting to team up with industry partners, especially when both sides can gain something. It is even better when this can be done to help people and the community.”