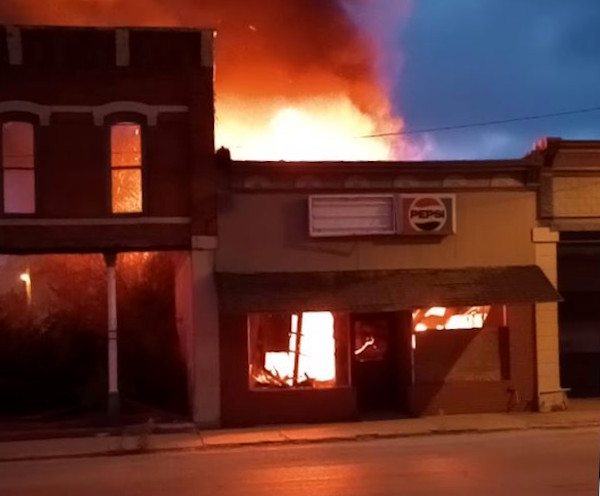 A screengrab from Facebook video posted by Charlie Dennett, who was at the scene of the fire.

The cause of a Main Street building fire in Burden Tuesday night remains under investigation via the state fire marshal.

Winfield Fire Marshal Chad Mayberry told KSOK Wednesday afternoon the building was vacant and a connected building already had existing damage. Mayberry said a building to the north that is being used as a shop had minimal damage.

Burden firefighters responded to the scene at approximately 8:30 p.m.

Along with Winfield Fire/EMS, firefighters from Atlanta and Cambridge also responded to the blaze. Burden police and Cowley County Sheriff’s Office deputies assisted with traffic control.

No injuries were reported.