Summer projects are in full swing across Ponca City Public Schools. With the passing of the Oct. 12, 2021 bond issue, Ponca City Schools has been working diligently in completing phase one of the construction projects by the start of school on Aug. 24.

Several large and small projects are happening simultaneously across the community. Ponca City High School is having eight restrooms completely remodeled. New plumbing will be run to update substandard infrastructure behind the walls. Rick Scott Construction (RSC) with Winterrowd Talley Architects (WTA) is assisting with this job. Once plumbing and ventilation has been updated, new surfaces, fixtures, and vape/noise detectors will be installed. The High School bathroom project is split over two summers with the bathrooms on the West side of the building scheduled to be replaced in the summer of 2023. New cameras are being installed in areas outside bathrooms and hallways.

In addition, the high school common’s windows and flooring are set to be replaced and a new seating platform between the upper and lower commons will be built and installed. Several windows in the commons have had seals fail over the years, leaving them perpetually cloudy and the floors were dated and well-worn after nearly 25 years of heavy foot traffic. The exciting new seating platform will provide students another fun seating area to eat, socialize, charge their devices, while also giving teachers and administrators more seating options to utilize in the commons.

Outside of the high school more work is underway as the front of the Howell gardens are set to receive new brick pavers with work provided by one Po-Hi student, Ethan Meyer. As part of his Eagle Scout project Ethan has worked closely with the PCPS board and administration to plan and schedule this upgrade to the Howell gardens. The high school student parking lot will see a facelift, with sealing each of the cracks, sealing the parking lot and finally restriping the lot.

Union Elementary is having a complete facelift inside and out. Kyler Construction group with WTA is leading this job. Union will get new flooring throughout the building alongside replacement of the ceiling tiles throughout the building. The school’s bathrooms will be refreshed as well. Each classroom and bathroom will have a solid surface counter top installed in place of the current Formica counter tops. In the gym, new chair storage is being installed as well as a new ADA chair lift for students and patrons needing access to the stage. Union elementary has not had an intense remodel since its opening in the 80s.

Lincoln Elementary is being expanded on the East side to give students a new entry point into the cafeteria. Currently, students have had to enter the gym during gym class for breakfast and lunch feeding. The gym floor is being removed and replaced with new performance gym flooring. Lastly, a new stage platform will be assembled for school performances. Each of the bathrooms in Lincoln are being refreshed including each of the kindergarten restrooms. RSC and WTA are leading this job as well.

The Washington Pre-K Center is the last of the major renovations to occur this summer with new flooring being installed throughout the building. Kyler Construction group is leading this project.

Across each of the elementary sites new playground equipment is being installed from Game Time. Playgrounds will feature a solid surface for fall protection and a variety of climbing and sliding structures.

Ponca City maintenance crews are hard at work with grounds and facilities being refreshed across the district. Painting, mowing, and deep cleaning is occurring across the district in anticipation for students and staff returning in August.

A new ADA accessible chairlift is being installed for students to get on the stage at Union Elementary.

New storage is being installed in the gym for chairs and community events. In addition, the bathrooms near the gym at Union are being remodeled and transformed to become more family friendly. 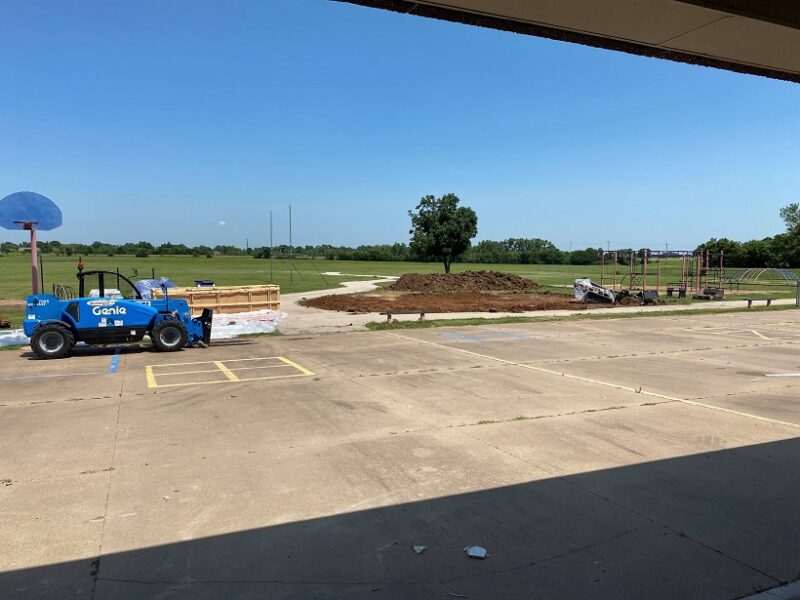 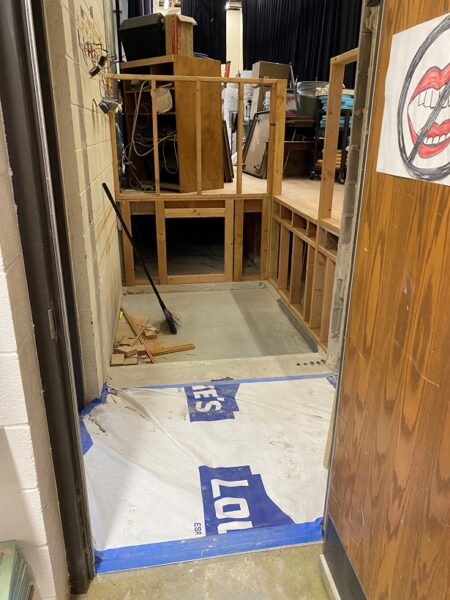 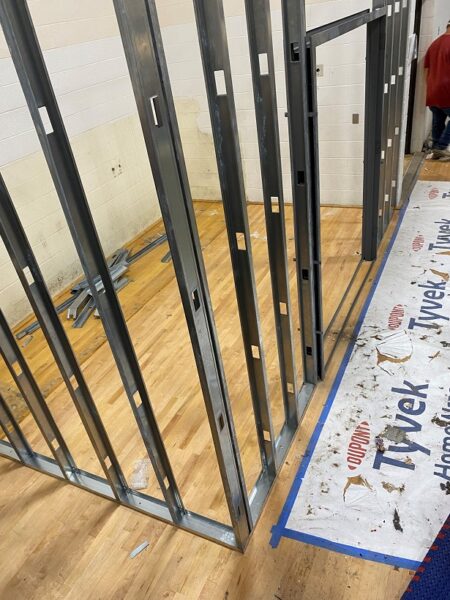 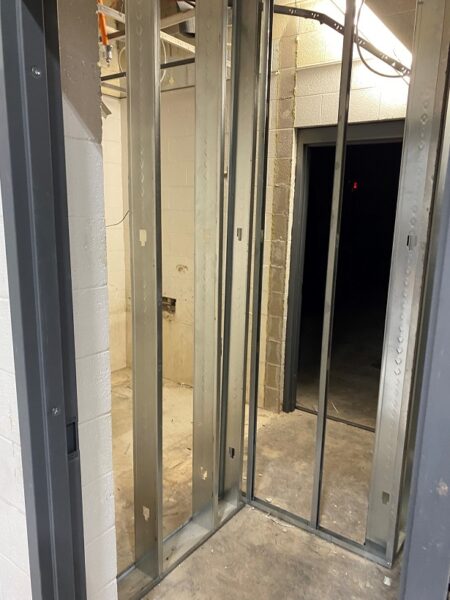