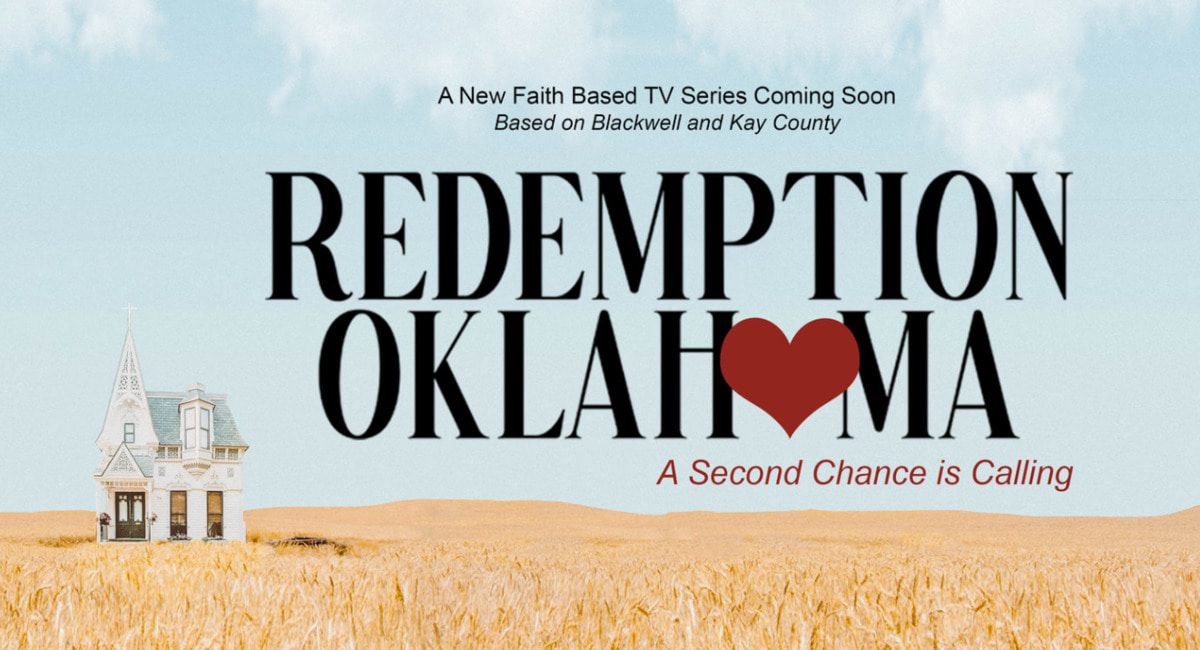 Local native Tray Goodman, the owner and producer of Great Creative Minds Media and the driving force behind a new movie called “Redemption Oklahoma” has announced a free screening in Blackwell next week.  The movie, filmed recently at Bob’s Grill in Blackwell and in Nardin, is a faith based project starring Nick Searcy, from the FX series Justified, as a disenfranchised, alcoholic preacher in a small Oklahoma town called Redemption.  The free screening will be held Wednesday September 28th at Blackwell High School.  Doors open at 7 with showtime at 7:30.

Ice On The Plaza Opens in Ponca Friday Night