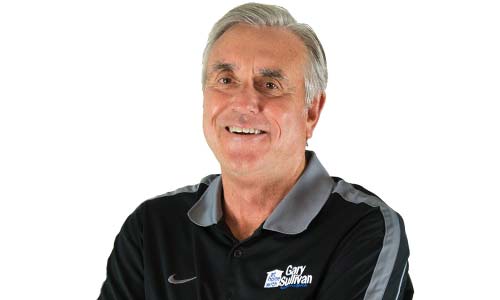 At Home with Gary Sullivan

At Home with Gary Sullivan

About At Home with Gary Sullivan

Gary is a lifelong Cincinnatian. He has dedicated his entire adult life to the home improvement industry and has almost 34 years of experience selling, using, and talking about home improvement products.

At the age of 16 Gary began his career working in a hardware store as a stock boy. After attending the University of Cincinnati he went to work for Cincinnati's best-known hardware store chain, Hader Hardware. Gary managed stores in the beginning but quickly moved to the main office in 1980.

In 1983 Gary became a limited partner and by 1993 became the majority owner and President of this 18 store chain of hardware stores. Gary sold the company in 1997 and remained President until 2001. Gary started his media career in 1986 with WCKY radio.

In 1996 he created and hosted a TV show called the Hardware Store which aired on HGTV for 4 years. In 2001 Clear Channel syndicated Gary nationally and is presently heard in 120 markets on both Saturday and Sunday. Gary is proud of the growth in the syndication as well as the size of markets that he is being aired. Some of the present markets include Cleveland, Nashville, Pittsburgh, San Francisco, Tampa, and XM satellite radio.

Gary is married and has three kids and resides in Liberty Township, Ohio. He is on the Advisory Board of Reach Out Lakota and gives free new home seminars for Habitat for Humanity.