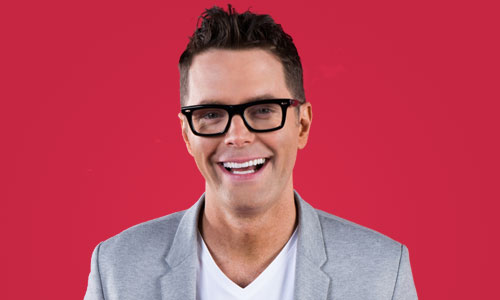 Bobby Bones has been dubbed “the most powerful man in country music” by Forbes magazine, and he puts that star power to good use by supporting numerous charitable initiatives. He was elected to the Board of Directors for Musicians On Call in 2016, and has helped raise more than $6 million for various charities including St Jude’s Children’s Hospital®.

Bones has appeared in both movies and on television, including Bandslam with Vanessa Hudgens, the TODAY show, The Talk on CBS, Fox & Friends, CNN, Live! with Kelly Ripa as a guest host, and Headline News and FOX Business’ Kennedy as a recurring guest.

Outside the studio, Bobby spends a lot of time with his dog, Dusty, and is very active on social media, constantly engaging and interacting with listeners via Twitter and Facebook. He also enjoys exercising, reading, shopping and going to sporting events.His favorite artists include John Mayer, Darius Rucker, Ben Kweller, Zac Brown Band, and Ben Folds Five.